Troubleshooting for - navigation giving a longer than expected or inconvenient driving route - in the Driver App of the Shuttles Platform.

How Navigation in the Driver App Works

The Navigation screen in the Driver App is powered by MapBox, a third party provider. It gives the driver a suggested best driving route and turn-by-turn audio and visual directions.

⚠ Disclaimer: Because the Navigation screen is powered by the third-party provider Mapbox, Quickride doesn’t have the ability to directly change or fix routing or anything else in that screen. All issues need to be reported directly to MapBox which the driver can do within the Driver App or Quickride can do on the station’s behalf.

As drivers experience issues with the routing in the Driver App, they ideally should report these issues directly to MapBox at the moment they encounter them. To do so, they tap the feedback button and select what the issue is. 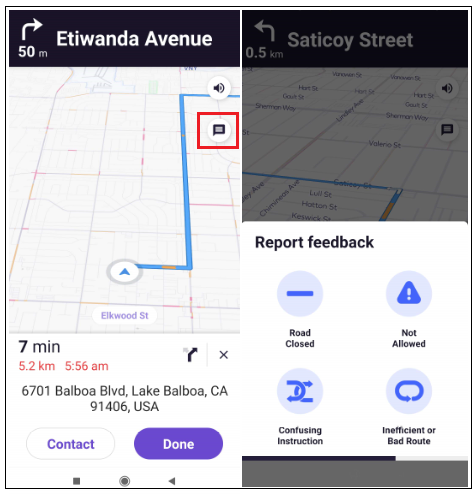 Contact Quickride Customer Service and share the specific details of the issue that was encountered so that Quickride can report the issue to MapBox. MapBox needs the following details to replicate and troubleshoot the issue: