How to manually assign/ dispatch/ distribute rides to drivers with pre-assign and reassign in the Command Center of the Shuttles Platform.

With a reassigned ride, an administrator or dispatcher selects a different driver to assign the ride to after it has already been created and assigned in the Command Center. That ride is immediately removed from the original driver’s Ride List screen in their Driver App and appears to the new driver on the Ride List screen in their Driver App. Both drivers receive a push notification for the reassignment.

How to Preassign Rides 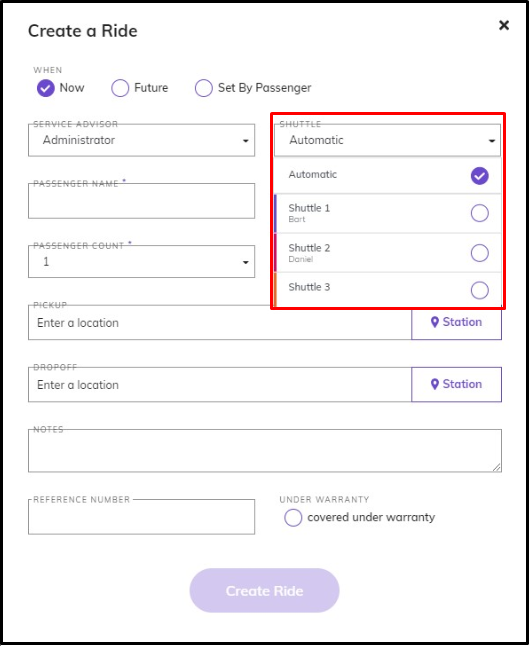 How to Reassign Rides 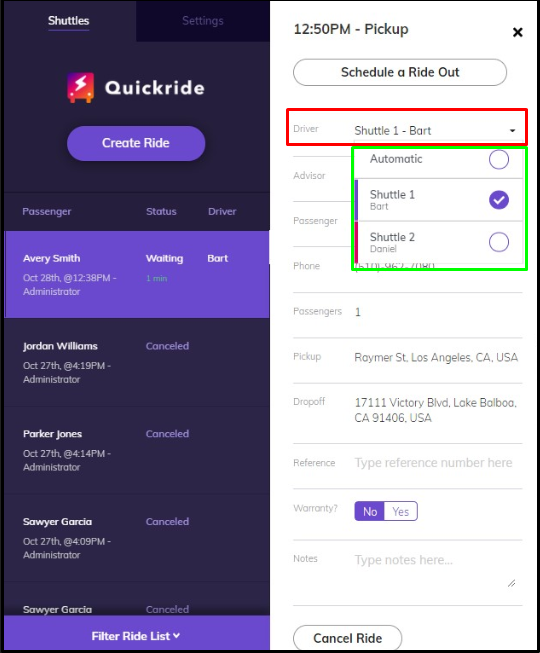